We offer a wide variety of individualized treatment options for those in need of support and understanding. We compassionately work with anyone who needs a helping hand.

Attention-Deficit Hyperactivity Disorder - ADHD is primarily characterized by "the co-existence of attentional problems and hyperactivity, with each behavior occurring infrequently alone" and symptoms starting before seven years of age. ADHD is the most commonly studied and diagnosed psychiatric disorder in children and is diagnosed two to four times as frequently in boys as in girls. ADHD management usually involves a combination of medications, behavior modifications, lifestyle changes, and counseling. ADHD my also be classified as a disruptive behavior disorder along with oppositional defiant disorder, conduct disorder and antisocial disorder.

Depression - a state of low mood and aversion to activity. 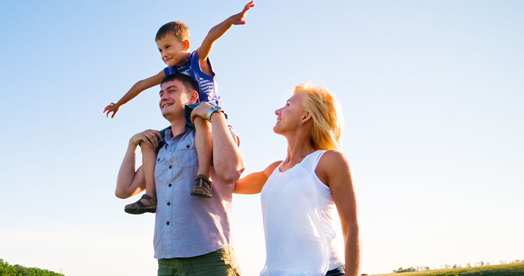 Major Depressive Disorder, (Single & Recurrent) - a mental disorder characterized by an all-encompassing low mood accompanied by low self-esteem, and by loss of interest or pleasure in normally enjoyable activities. The diagnosis of major depressive disorder is based on the patient's self-reported experiences, behavior reported by relatives or friends, and a mental status exam. Typically, clients are treated with antidepressant medication and in many cases, also receive psychotherapy or counseling.

Anxiety - a psychological and physiological state characterized by cognitive, somatic, emotional, and behavioral components. Anxiety is also a generalized mood condition that can often occur without an identifiable triggering stimulus.

Acute Stress Disorder - a psychological condition from a result of a traumatic event in which the person experiences or witnesses an event that causes the victim/witness to experience extreme, disturbing or unexpected fear, stress or pain, and that involves or threatens serious injury, perceived serious injury or death to themselves or someone else. Acute stress reaction is a variation of Post-Traumatic Stress Disorder (PTSD) and is the mind's and body's response to feelings (both perceived and real) of intense helplessness.

Adjustment Disorder - a psychological response to an identifiable stressor or group of stressors that cause(s) significant emotional or behavioral symptoms that do not meet criteria for anxiety disorder, PTSD, or acute stress disorder- The condition is different from anxiety disorder, which lacks the presence of a stressor, or post-traumatic stress disorder and acute stress disorder, which usually are associated with a more intense stressor. The diagnosis of adjustment disorder is quite common; there is an estimated incidence of 5-21% among psychiatric consultation services for adults. The same number of men and women are diagnosed with adjustment disorders.

Post Traumatic Stress Disorder - a severe anxiety disorder that can develop after exposure to any event that results in psychological trauma - this event may involve the threat of death to oneself or to someone else, or to one's own or someone else's physical, sexual, or psychological integrity, overwhelming the individual's ability to cope.

Impulse Control Disorder - Considered being a part of the obsessive-compulsive disorder spectrum. The key feature of this disorder can be thought of as seeking a small, short term gain at the expense of a large, long term loss. Those with the disorder repeatedly demonstrate failure to resist their behavioral impetuosity.

Bereavement - Also defined as grief, it is a multi-faceted response to loss, particularly to the loss of someone or something to which a bond was formed. Although conventionally focused on the emotional response to loss, it also has physical, cognitive, behavioral, social, and philosophical dimensions. Grief counseling, professional support groups or educational classes, and peer-led support groups are primary resources available to the bereaved.

Dysthymia - a chronic mood disorder that falls within the depression spectrum. It is considered a chronic depression, but with less severity than major depressive disorder. Dysthymia is a type of low-grade depression. Symptoms exclude manic, hypomanic or mixed episodes commonly associated with bipolar disorder. Also, people with dysthymia have a higher than average chance of developing major depression.